As you recall in my last post I told you that I was going to the dogs as I went with a friend to help him train to receive a Seizure Response Dogs.  The facility we trained at was the Lions Foundation of Canada Dog Guide Centre.

The Lions Foundation of Canada trains Dog Guides and assist Canadians with a wide range of disabilities. With six programs in place, Canadians with disabilities are offered the opportunity to find greater independence, mobility and safety through the help of a Dog Guide.

Canine Vision for people who are blind or visually impaired

Hearing Ear  for people who are deaf or hard of hearing

Autism Assistance for children who have autism spectrum disorder

Service for people who have a physical disability

Seizure Response for people who have epilepsy

Depending on the program, Dog Guides are trained to perform a set of basic skills that are useful to all handlers. However, some of their training is also tailored to meet the specific needs of their future handler. In the final stage of training, the client and Dog Guide train and live together at the Oakville facility for two to four weeks. This helps to ensure that the new working team develops a bond and prepares them for their next step – returning home.  Source:  http://www.dogguides.com

We were there from the second of December until the 19th.  In almost 3 weeks we learned so much and were overcome with awe at these amazing dogs.

That said, I am sleep deprived, physically exhausted, emotionally wrung out and still I believe that this was one of the best experiences of my life.

The trainers in our programme were awesome.  Patient, kind, understanding.  At times they were more like cheerleaders, and exuded an “you can do it attitude.”  They also showed a phenomenal understanding of the nature of each of the dogs and each of the clients.  I cannot tell you how many times those of us observing and assisting commented on how well matched dogs and handlers were. 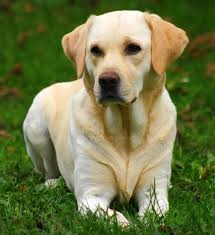 My friend required a dog with a huge fund of patience, because he can often lose focus on what he is doing.  When that happened she would look at me and go all “Rex Murphy” with her eyes and finally settle down to wait until he figured out what he was asking her to do.  She even started anticipating him and doing what he wanted to ask for without him asking.

I admired her patience, her wisdom, her generous loving nature and the eagerness and even joy with which she engaged in her tasks, especially the seizure alerts, the get help, the fetch, and the alert commands—which are to activate the telephone help line or similar programmes–all of which are so essential for those who have seizures. 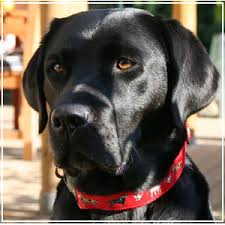 Another dog, the biggest black lab that I have ever seen was ironically given to a client who was nervous around dogs.  That dog understood that a one fingered tap on the head was high praise and responded with patience and gentleness.  We started calling him “the gentle giant” and were thrilled when in the last week dog and handler sat on the floor together, the handler with arms around the dog’s neck and smiling as the dog lavished kisses on that all too accessible face.

There are so many stories that I could tell, but I will only offer a few highlights.

First–The trip to Timmies.  All of us, 6 dogs, 6 clients, 6 supporters, and 2 trainers filed into a small Tim Horton’s and got the dogs settled under the tables and enjoyed coffee.  You would hardly know the dogs were there.

Second–The day we were allowed to handle a few dogs who were training for other programmes.  We were not allowed to touch or talk to the dogs that were training with their new handlers.  First because they are working dogs, and secondly because it was essential that the dogs bond strongly with their handlers.  So there were some complaints and maybe a little whining on our parts… so in the second week the trainers brought out some dogs that were training for another programme for us.  We took those dogs on with confidence, after all we had spent a week nagging, reminding and directing.  As your dog to heel.  Is your dog sitting?  Where is your handle?  And then we learned how hard it is to earn the respect of these high energy dogs when they are freshly released from the kennels.  At some point we looked across the room and noticed those 6 dogs all calmly and quietly lying down beside their handlers, while the chaos of dogs swarmed us.  We saw just how very far these new dog teams had come.  And we were proud of our friends and family—they had come so far.

The third highlight was personally for me.  It came the day a cat came to class to provide a distraction tool.  The dogs sniffed, decided the cat was boring and “left it” and walked back with their handler to their seats.  After the session ended, the trainer, who knew I was a cat person, gave me the disgruntled cat to cuddle and comfort.  I don’t know who I was prouder of –the people, the dogs or that poor long-suffering cat.

I mentioned earlier that we were not allowed to talk to or touch the animals.  My friends dog quickly figured out not to come to me because I would ignore her.  But she knew I was part of the training team.  I followed them everywhere and gave comments and advice on how they were doing together.  She knew I was there and at least once in every walk she would check to make sure that I was there.  So sweet.  So smart.

It was so eye opening as we went out into the world at just how many people don’t understand that these are working dogs and should not be touched or spoken to.  When you try to pat or talk to the dogs you are distracting them from their work and they may miss something that they need to do to for their handler.  They are not pets.  The work they do is vital for the health and independence of the people they serve.  One day in the mall food court I watched a mother encourage her toddler to go to one of the dogs and give it some food.  The dog was ignoring the child, just as she had been trained to do and that impressed me greatly.  To ignore such a great temptation is a mighty feat indeed. 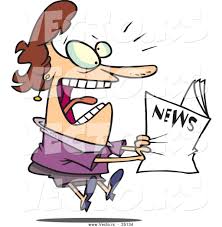 I have to say that there is one thing that was totally unexpected for me.  I fell in love.  Deeply, irrevocably, breathtakingly in love with the dog my friend was training with. All those days in the same room, not talking to her, not petting her, and only watching her and I fell in love.  If I could have taken her home with me I would have.

I know that what I feel and the grief I have today is a sign of the deep respect and honour that I have for these amazing dogs and it gives me a profound respect for the foster families who raised the dogs in their home and gave them back to the Lions Foundation.  I have an even greater respect for the trainers who work so closely and intimately with the dogs and then watch the dogs fall in love with another person in right front of them.  These truly are caring and selfless individuals and they should be honoured for all that they do.

So the next time you are out in your community and you see a Dog Guide Team, or a Guide Dog Team, or a Service Dog Team, however they are known in your locale please do me a huge favor…..  Give thanks to God for those people who loved and gave away these phenomenal dogs so that the handler could have greater health and independence.  Give thanks to God for creating these amazing animals with such a capacity for love and service.  Give thanks, and then with a smile in your heart turn a blind eye and keep on walking.  The handler will thank you for it.